The main forum for CreatiVision fans

(BTW, did the Keyboard adapter go up anywhere? Mine works well, so getting them in the hands of people like Mr Lurch would probably be good)

I have populated one ProtoPCB, but sadly it is not working :0(

There is no error in the schematic! The fault was the (very) old bootloader the arduino nano clone came preprogrammed with!
Apparently the old bootloader waits a few seconds at powerup to check for USB signals... So the Arduino bootet up much to slow!

after flashing a new bootloader => it workes!

here it is in all its glory:0)


final_small.jpg
You do not have the required permissions to view the files attached to this post.
http://www.8bit-homecomputermuseum.at Find me here...
Top

This is a quick overview of how our hamster, young Mega, loads ROMs on the MegaSDCart.

The creatiVision ROM load style is determined by the size of the ROM.

Any ROM which is not of these sizes will be loaded as linear - so $C000-ROMsize - which allows for really small ROMs.

As MegaSDCart uses the standard Arduino library, the micro SD card should be formatted to FAT16 or FAT32, as only the 8.3 short name format is supported. Currently, there is a maximum of 126 files per directory - which is way more than ROMs available!

As there was some space left in the massive 8kB BIOS ROM - Mega has added a couple of library functions.

There is a libLZG 6502 specific unpacking routine - which can unpack to RAM or VRAM.
A full hex editor is also in the browser - handy for finding which wire or solder is not as expected.
A TI99 song list player is also there to make life easy - as this song list / sound effect format is extremely well documented.

In the next couple of days, Mega will write the definition of the command descriptor blocks to pass requests from 6502 to Arduino and post here. Mega has also added multiple BASIC listings within a single file - to allow multipart BASIC programs to load and play!

And i did some minor cosmetic changes to the PCB...

20220415_153133.jpg
You do not have the required permissions to view the files attached to this post.
http://www.8bit-homecomputermuseum.at Find me here...
Top

Keep us all updated

If you need an antipodean tester, you know where to find me

Any issues, please let me know! 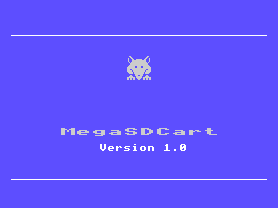 When is ready to order?
Top
Post Reply
76 posts